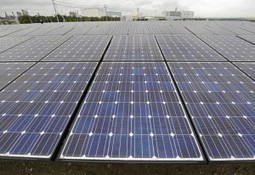 Tunisia has good renewable energy potential, especially solar and wind, which the government is trying to tap to ensure a safe energy future. As per conservative estimates, Tunisia has 1,800MW of solar energy and 1,700MW of wind energy potential which is until now yet to be harnessed. The government plans to increase the share of renewable in the energy mix to 4 percent by 2014. The country has very good solar radiation potential which ranges from 1800 kWh/m⊃2; per year in the North to 2600kWh/m⊃2; per year in the South.

In 2009, the Tunisian government adopted “Plan Solaire Tunisien” or Tunisia Solar Plan to achieve 4.7 GW of renewable energy capacity by 2030 which includes the use of solar photovoltaic systems, solar water heating systems and solar concentrated power units. The Tunisian solar plan is being implemented by STEG Énergies Renouvelables (STEG RE) which is a subsidiary of state-utility STEG and responsible for the development of alternative energy sector in the country. Tunisia is a part of the DESERTEC Initiative which has endorsed the ambitious 2GW TuNur Concentrated Solar Power project whose first phase is expected to begin in 2014.