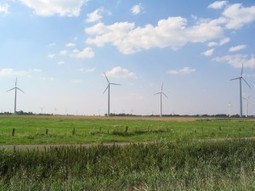 Germany is the world’s third largest market for renewable energy investment which totalled $31billion in 2011. Sixty-five percent of investment in Germany was directed toward solar, with 29 percent ($8.5 billion) directed to wind. In addition, 700 MW of biomass capacity was added in 2011